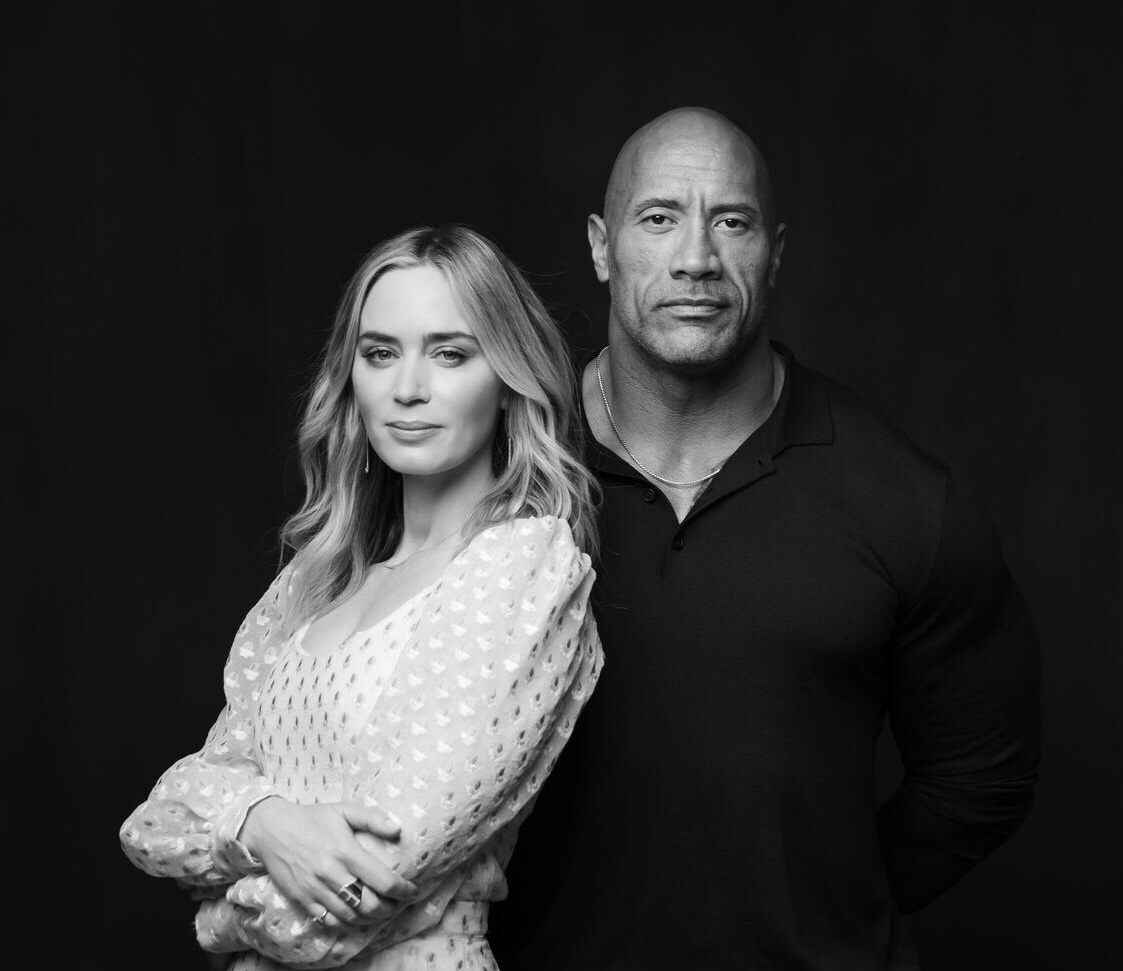 Dwayne Johnson and Emily Blunt co-star in Disney’s Jungle Cruise which will be released next summer.

Loosely based on the 90s comic book Ball and Chain, the film follows a troubled married couple that receive superpowers that only work when they are together.

“One of our main initiatives at Seven Bucks is to continue to find the best platforms to tell stories that entertain and inspire on a global scale. Netflix is the perfect partner to deliver this epic superhero/romantic comedy experience alongside us, and we’re excited to be back in business with the Netflix team. I’m also excited to not only reunite with dear friend Emily Blunt in front of the camera, but to also collaborate as producing partners as we bring Emily V. Gordon’s script to life,” said Dwayne Johnson, star, producer, and Co-Founder of Seven Bucks Productions.

“We’re thrilled to continue the evolution of our partnership with Netflix and welcome BALL AND CHAIN into the Seven Bucks universe,” said Dany Garcia, producer on the film and Co-Founder of Seven Bucks Productions. “Our Netflix partnership is rooted in our mutual understanding that investing in the right stories with universal appeal is our number one priority. The incomparable chemistry of our leads and powerful storytelling elements will ignite fans across the globe. We can’t wait to bring this electric story to life.”

“Dwayne and Emily have a chemistry together that is unmatched in our business right now. They are the perfect duo to bring Emily V. Gordon’s electric superhero story to life, and take the world of Ball and Chain to new heights,” said Scott Stuber, Head of Netflix Film. “We couldn’t be happier to be in business with Emily Blunt, as well as continue our relationship with Dwayne, Seven Bucks and Kevin Misher.”

Johnson most recently starred in Sony’s Jumanji: The Next Level which grossed over $796 million worldwide, the continuation of the 2017 blockbuster Jumanji: Welcome to the Jungle. He is in production on Netflix’s Red Notice alongside Ryan Reynolds and Gal Gadot, and Netflix is currently in development on John Henry and The Statesmen with Johnson attached to star and produce.

Johnson also recently announced the return of “The Titan Games” airing on May 25 on NBC in which he serves as host and producer.

Blunt has reprised her role in A Quiet Place Part II which will premiere later this year and is currently in post production on Wild Mountain Thyme.