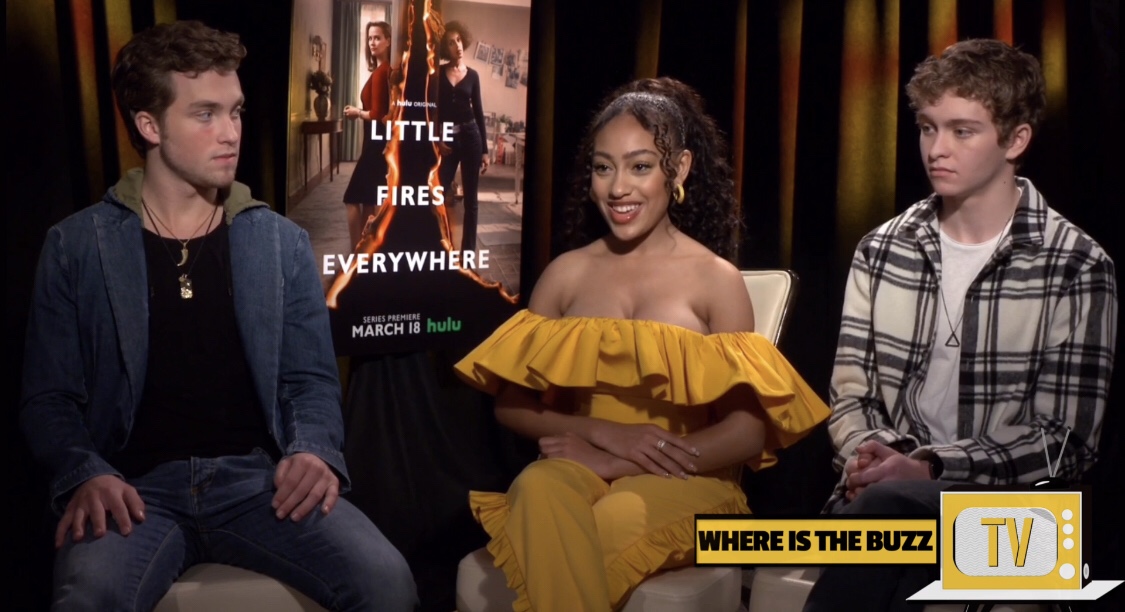 Based on Celeste Ng’s 2017 bestseller, Little Fires Everywhere follows the intertwined fates of the picture-perfect Richardson family and an enigmatic mother and daughter who upend their lives. The story explores the weight of secrets, the nature of art and identity, the ferocious pull of motherhood – and the danger in believing that following the rules can avert disaster.

We had the opportunity to talk to Jordan Elsass, Lexi Underwood, and Gavin Lewis about their new show. They spoke on being underneath Kerry Washington and Reese Witherspoons wings.