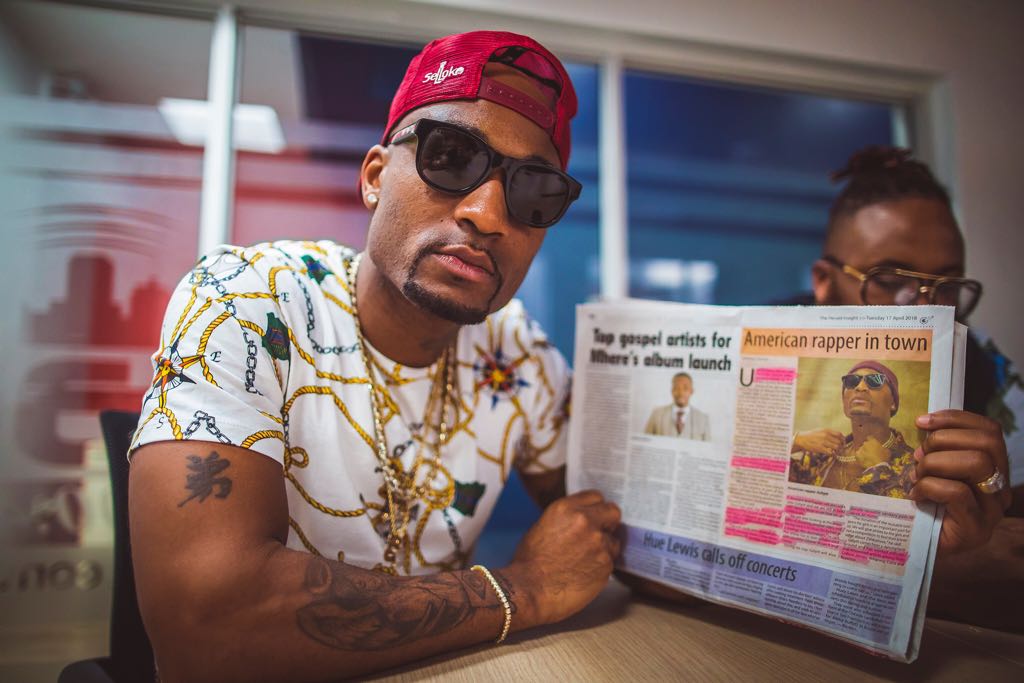 GSHYTT also known as Reese Nance in the professional world has an amazing resume. His film credits include “Stomp The Yard,” “Honey 2,” and Beyonce’s “Haunted” short film. He’s starred in Rihanna’s “ANTI” Samsung commercial, Lebron James’ Powerade commercial as well as Dominos. Prior to music he was a professional dancer for Beyonce’, Ciara and Rihanna.

More than just an entertainer, GSHYTT expanded his reach to Brazil which he has a huge music fan base. He’s worked with the Diddy’s and Jay Z’s of Brazil and is even endorsed by their soccer team. He’s built a strong social media following of well over 100,000 followers on Instagram and has been featured by various credible publications. He went from performing in front of literally 5 people to crowds larger than 20,000.

GSHYTT and his manager Young who is his blood brother own an independent label G.O.D. Familla. The young men love to give back and even started a non profit after visiting Africa to film a music video in Zimbabwe. From there he made it his mission to not only show what the media shows which is violence, starving children and diseases. He wanted to show the more beautiful sides of Africa all while helping those in need. The music video immediately became a hit. It was played on every major radio station in the country and landed him a major news interview on Good Morning Zimbabwe. While in Africa they connected with a local all female school to provide tampons and sanitary items for up to 300 women. They also created music with a popular blind group of musicians in Zimbabwe known as JJ vibes. They went around the country to put on free shows for the residents.

Some of his biggest musical accomplishments outside of working with Brazilian artists Mr. Carta, MC Hariel and writing for Woody McCain is being invited to Roc Nation and doing the official rap for the MTV European Music Awards. GShytt is currently promoting his latest single “Vibe Is Right,“ which is available on all digital platforms.