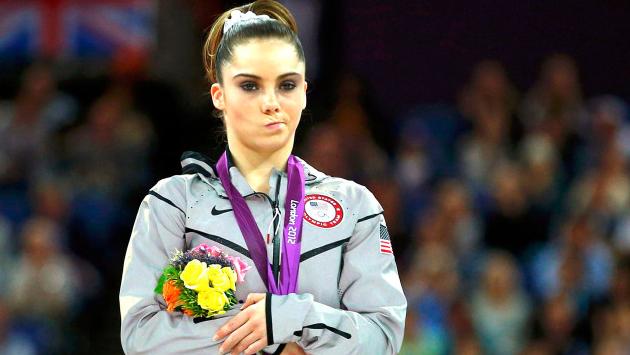 Maroney’s lawyer, John Manly, told ESPN that Maroney willingly entered the agreement, but that the agreement was signed at a time when the gymnast was traumatized by the news of Nassar’s widespread abuse of other women.

The Wall Street Journal reported that the agreement was signed by Maroney; her lawyer at the time, Gloria Allred; former president of USA Gymnastics Steve Penny; and a USA Gymnastics lawyer.

In November, Nassar pleaded guilty to 10 counts of first-degree criminal sexual conduct in two separate cases in Michigan, and is expected to face at least 25 years in prison when he is sentenced, which is scheduled for January. He has been accused of sexual abuse by more than 140 women, including Maroney’s 2012 Olympic teammates Gabby Douglas and Aly Raisman. In July, Nassar pleaded guilty to federal child pornography charges in another case and was sentenced to 60 years in prison on December 7.

In letters submitted to the federal judge overseeing Nassar’s sentencing in the child pornography case, Maroney wrote that Nassar gave her a pill to help her sleep on a flight, and she awoke alone with Nassar in his hotel room. Her mother, Erin Maroney, wrote about the same incident.

“[Nassar] drugged her, made her lay nude on a treatment table, straddled her and digitally penetrated her while rubbing his erect penis against her,” Erin Maroney wrote. “She was only 15 years old. She said to me, ‘Mom I thought I was going to die.’”

“In addition to the sexual acts … Nassar would continuously, obsessively and compulsively photograph McKayla Maroney,” the lawsuit stated. “Maroney alleges that she believes photographs were taken of her while Nassar was sexually abusing her under the guise of treatment.”

USA Gymnastics, the U.S. Olympic Committee and Michigan State University did not immediately respond to requests for comment Wednesday.