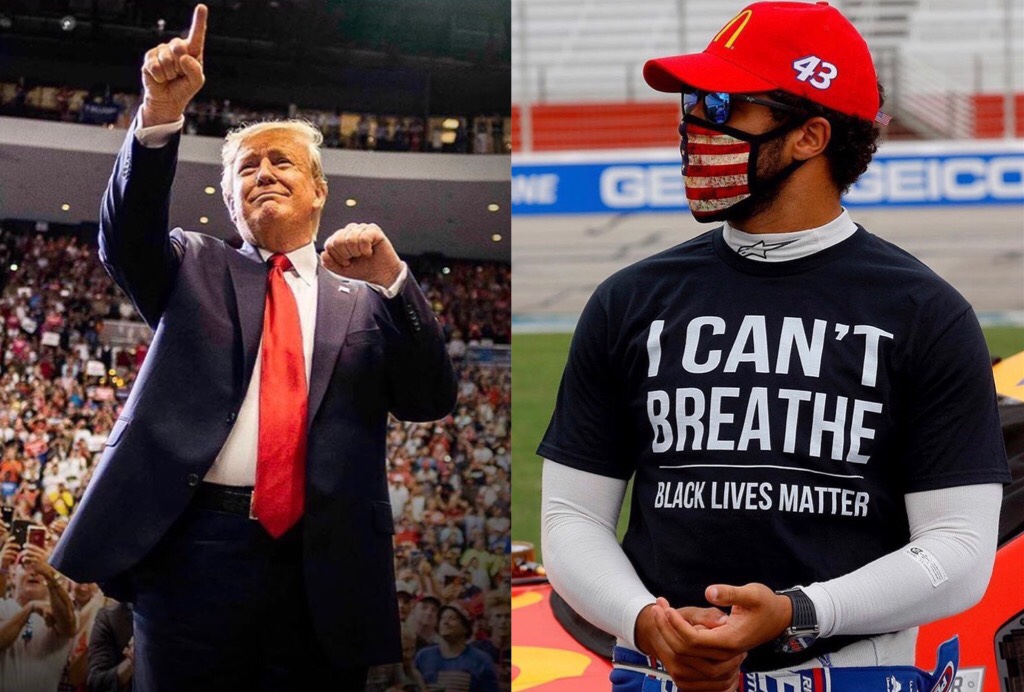 Donald Trump wants NASCAR’s only black driver to apologize for the overwhelming concern about this noose found hanging in his garage. NASCAR’s decision to not fly pro-slavery flags at their races anymore, which Trump obviously blames their only black driver for.

Has @BubbaWallace apologized to all of those great NASCAR drivers & officials who came to his aid, stood by his side, & were willing to sacrifice everything for him, only to find out that the whole thing was just another HOAX? That & Flag decision has caused lowest ratings EVER!

The garage pull looked exactly like a noose and someone else at NASCAR reported it to the authorities on behalf of Bubba. He wasn’t even the one who reported it.

Whoever made the noose as a “garage pull” before Bubba Wallace was assigned to that garage obviously didn’t have to tie it like that, which is a racist act whether or not it specifically targeted Wallace. Also, there is no way Wallace made the noose himself, so it’s not a hoax.

Trump needs to apologize to the Central Park 5 for falsely accusing them of rape and paying the New York Times to publicly call for their brutal executions.