Eric Lurry Dies In The Custody of Joliet Police Department 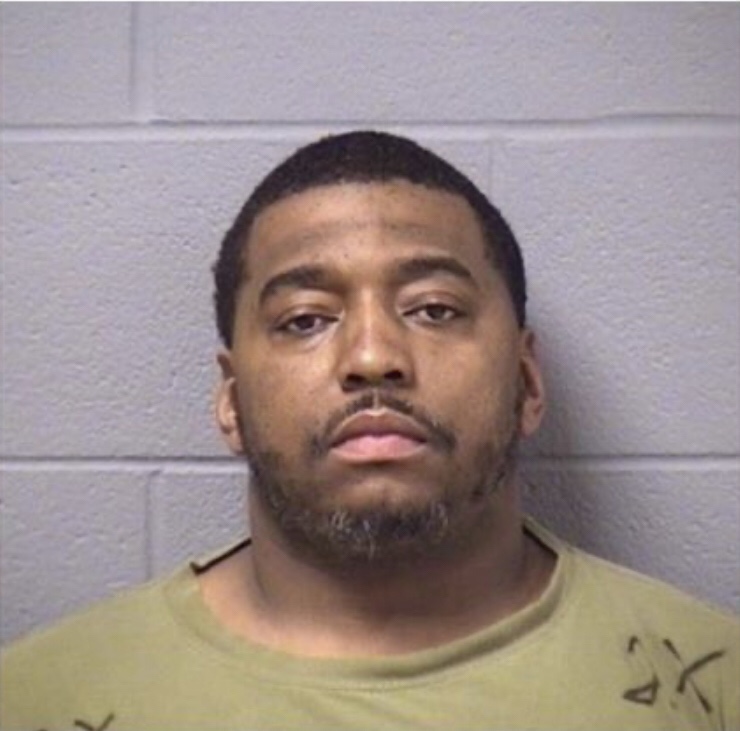 Eric Lurry passed in the custody of Joliet Police Department on January 9, 2020. JPD withheld video evidence for 5 months of what happened that night. Officers Doug May and Bill McCue slapped Eric, held his nose shut while shoving a baton in his mouth.

Javier Esqueda is the whistleblower surrounding the in-custody death of a Black Joliet man, Eric Lurry.

Esqueda, a 27-year Joliet police veteran serves as a field training supervisor for newer officers. He told a Chicago television station that he began to suspect that fellow supervisors were tampering and or destroying evidence surrounding the controversial death of Lurry.

Esqueda had obtained a copy of the squad car camera video showing Lurry dying in the presence of Sgt. Doug May, who helps run the drug unit for Joliet Police.

Esqueda told a Chicago television station that a yet-to-be identified Joliet officer appears to deliberately tamper with a squad car’s audio system in the Joliet police station parking lot on the afternoon of Jan. 28 just as Sgt. May slapped Lurry in the head and called him a bitch in the back seat of rookie officer Bill McCue’s squad car.

From that point forward in the seven-minute video shown to the Joliet City Council on June 23, the squad car audio remains shut off, and you do not hear Sgt. May or the other police officers talking. One of the nearby officers is Lt. Jeremy Harrison, who also works in the drug narcotics unit.

Meanwhile, in the back of the squad car, Sgt. May held Lurry’s nose shut for nearly two minutes, and Lurry never regained consciousness during the remainder of the squad car camera video revealed by Sgt. Esqueda to the Joliet City Council.

The police are saying Lurry swallowed a large quantity of drugs and died from that instead of the officers in the video, that can clearly be seen pinching his nose shut. They also said the officer with a baton was trying to pull the object out of Lurry’s throat.  

According to O’Neill, the Will County Coroner, Lurry had fatal levels of heroin, fentanyl and cocaine in his system, which were 10 times more than the fatal range.

“It is the opinion of the Will County Coroner’s Office and the independent board certified forensic pathologist, who conducted the autopsy, that the Joliet Police Department officers played no role and shared no responsibility in the unfortunate and untimely accidental drug overdose death of Eric D. Lurry Jr,” a statement from O’Neill read.

The coroner said the doses of narcan administered by first responders failed to have an influence in reversing the overdose, adding the levels of narcotics in Lurry’s system “were too significant.”

Lurry’s wife, Nicole, and her attorney, Michael Oppenheimer, have been asking for police reports about her husband’s arrest, but had not received the information they were seeking.

“I’ve had no answers from the Joliet Police Department. I feel like they’re trying to cover something up,” she told NBC 5 earlier this week.

Joliet police say that there is no cover-up, and say that they have initiated an internal investigation into Lurry’s death.