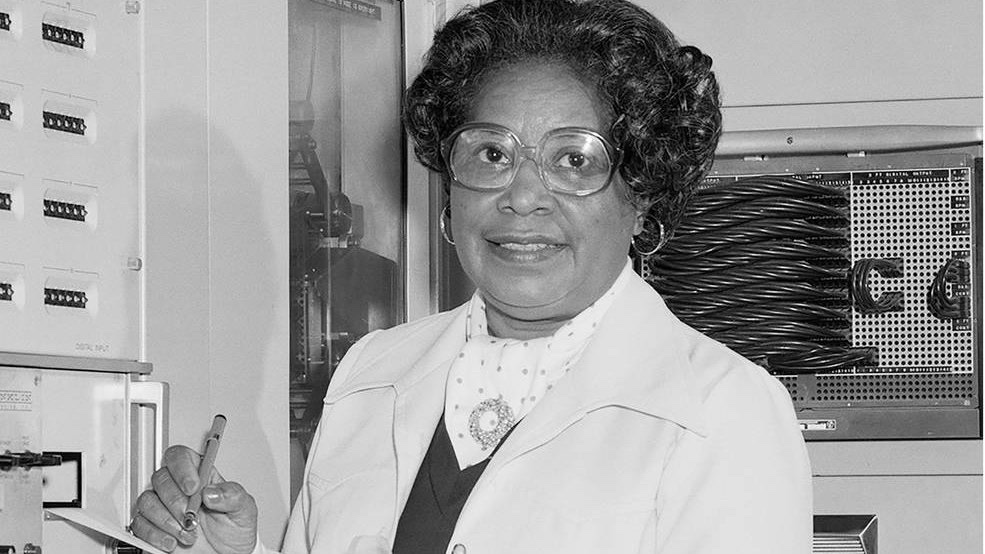 In a statement, NASA Administrator Jim Bridenstine said, “We will continue to recognise the contributions of women, African Americans, and people of all backgrounds who have made NASA’s successful history of exploration possible.”

Our headquarters building in Washington, D.C., will be named after Mary W. Jackson, the first African-American female engineer at NASA. She started in @NASAaero research and later moved into the personnel field, working to ensure equal opportunity in hiring and promotion. pic.twitter.com/eMandeaMyv

Jackson started her NASA career in the segregated West Area Computing Unit of the agency’s Langley Research Center in Hampton, Virginia. Jackson, a mathematician and aerospace engineer, went on to lead programs influencing the hiring and promotion of women in NASA’s science, technology, engineering, and mathematics careers. In 2019, she was posthumously awarded the Congressional Gold Medal.

“Mary W. Jackson was part of a group of very important women who helped NASA succeed in getting American astronauts into space. Mary never accepted the status quo, she helped break barriers and open opportunities for African Americans and women in the field of engineering and technology,” said Bridenstine. “Today, we proudly announce the Mary W. Jackson NASA Headquarters building. It appropriately sits on ‘Hidden Figures Way,’ a reminder that Mary is one of many incredible and talented professionals in NASA’s history who contributed to this agency’s success. Hidden no more, we will continue to recognize the contributions of women, African Americans, and people of all backgrounds who have made NASA’s successful history of exploration possible.”

The work of the West Area Computing Unit caught widespread national attention in the 2016 Margot Lee Shetterly book “Hidden Figures: The American Dream and the Untold Story of the Black Women Mathematicians Who Helped Win the Space Race.” The book was made into a popular movie that same year and Jackson’s character was played by award-winning actress Janelle Monáe.

In 2019, after a bipartisan bill by Sens. Ted Cruz, Ed Markey, John Thune, and Bill Nelson made its way through Congress, the portion of E Street SW in front of NASA Headquarters was renamed Hidden Figures Way.

“We are honored that NASA continues to celebrate the legacy of our mother and grandmother Mary W. Jackson,” said, Carolyn Lewis, Mary’s daughter. “She was a scientist, humanitarian, wife, mother, and trailblazer who paved the way for thousands of others to succeed, not only at NASA, but throughout this nation.”

Jackson was born and raised in Hampton, Virginia. After graduating high school, she graduated from Hampton Institute in 1942 with a dual degree in math and physical sciences, and initially accepted a job as a math teacher in Calvert County, Maryland. She would work as a bookkeeper, marry Levi Jackson and start a family, and work a job as a U.S. Army secretary before her aerospace career would take off.

In 1951, Jackson was recruited by the National Advisory Committee for Aeronautics, which in 1958 was succeeded by NASA. She started as a research mathematician who became known as one of the human computers at Langley. She worked under fellow “Hidden Figure” Dorothy Vaughan in the segregated West Area Computing Unit.

After two years in the computing pool, Jackson received an offer to work in the 4-foot by 4-foot Supersonic Pressure Tunnel, a 60,000 horsepower wind tunnel capable of blasting models with winds approaching twice the speed of sound. There, she received hands-on experience conducting experiments. Her supervisor eventually suggested she enter a training program that would allow Jackson to earn a promotion from mathematician to engineer. Because the classes were held at then-segregated Hampton High School, Jackson needed special permission to join her white peers in the classroom.

Jackson completed the courses, earned the promotion, and in 1958 became NASA’s first Black female engineer. For nearly two decades during her engineering career, she authored or co-authored research numerous reports, most focused on the behavior of the boundary layer of air around airplanes. In 1979, she joined Langley’s Federal Women’s Program, where she worked hard to address the hiring and promotion of the next generation of female mathematicians, engineers and scientists. Mary retired from Langley in 1985.

In 2019, Donald Trump signed the Hidden Figures Congressional Gold Medal Act that posthumously awarded the honor to Jackson, who passed away in 2005, and her “Hidden Figures” colleagues Katherine Johnson, Dorothy Vaughan, and Christine Darden.

In 2017, then 99-year-old Katherine Johnson was there to personally dedicate a new state-of-the-art computer research facility the bears her name at Langley. Johnson, another original member of the West Area Computing Unit, also was honored as a trailblazer and given the Presidential Medal of Freedom in 2015. In addition, Johnson was part of the group honored with the Congressional Gold Medal, and NASA’s Independent Verification and Validation facility in Fairmont, West Virginia, also bears Johnson’s name.