Ama Qamata Talks ‘Blood & Water,’ Black Lives Matter, and Reveals The Actresses That Have Influenced Her 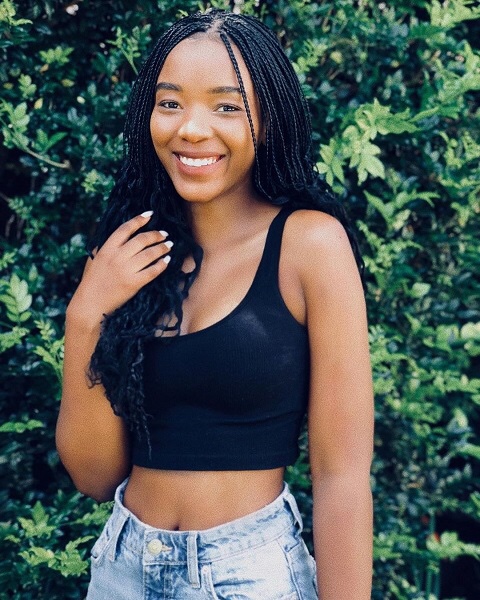 Ama Qamata is a 21-year-old South African actress who Pearl Thusi, the lead in “Queen Sono,” said is among the four next big things. Ama has her own credits, having starred in “Gomora,” “Rhythm City,” “My Perfect Family,” and “Commandos: The Mission.” Currently, she is hitting the headlines since she will also be in an upcoming Netflix Original series “Blood & Water” alongside Gail Mabalane and Thabang Molaba.

‘Blood & Water’ is set in the surroundings of Parkhurst College, the prestigious inner-city school for elite scholars and academic overachievers. Blood & Water follows the exploits of 16-year-old Puleng Khumalo, as she engineers her transfer to the school to investigate the 17-year-old cold case of the abducted-at-birth older sister she’s never met.

Black girl magic ‘Blood & Water’ star Ama Qamata talks about what black lives matters means to her and the global affect. She also spoke on the first season of Blood & Water and what to expect in season 2. Ama also reveals some of her favorite American shows and movies. She also revealed Gabrielle Union, Xolile Tshabalala, and Lupita Nyong’o are actresses that influenced her.